Ivermectin To Treat Covid? Is It A Good Idea? 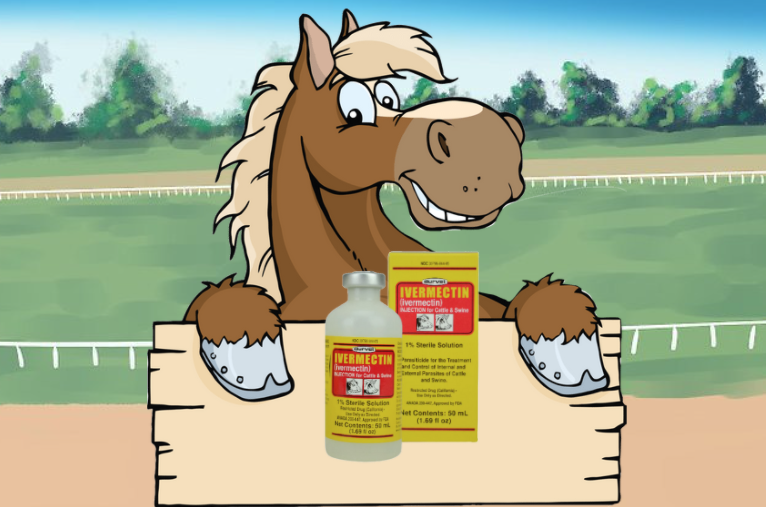 Ivermectin is a drug that has been demonized and discredited by authorities as a horse de-worming drug and not to be used to treat Covid-19, but what studies have been performed on this? Have doctors actually used Ivermectin to treat Covid?

Well, yes, it has been used and it has apparently been quite successful in treating the dreaded “Rona.” You just won’t hear about it on any major news networks.

If you were to do a quick search on the internet for use of Ivermectin to treat Covid, usually the first article that will be at the top is the FDA’s post entitled, “Why You Should Not Use Ivermectin to Treat or Prevent COVID-19.“

The FDA is the Food and Drug Administration in the USA, and is the governing body that “is responsible for protecting the public health by ensuring the safety, efficacy, and security of human and veterinary drugs, biological products, and medical devices; and by ensuring the safety of our nation’s food supply, cosmetics, and products that emit radiation.” So they are responsible for regulating and approving drugs for use in the USA. 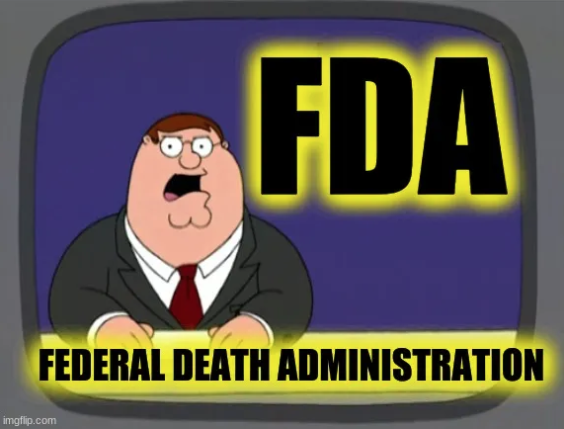 In the FDA’s post mentioned above, published 12/10/2021, they mention the animal use for Ivermectin and also “for humans, ivermectin tablets are approved at very specific doses to treat some parasitic worms, and there are topical (on the skin) formulations for head lice and skin conditions like rosacea.”

They go on to say that “the FDA has not authorized or approved Ivermectin for use in preventing or treating COVID-19 in humans or animals” and should ONLY be used to treat the conditions that it has been approved for.

They also mention that “currently available data do not show Ivermectin is effective against COVID-19. Clinical trials assessing Ivermectin tablets for the prevention or treatment of COVID-19 in people are ongoing.” It is clear that the FDA does not want anyone to use Ivermectin to treat Covid-19.

Late last year, successful podcaster, Joe Rogan was widely criticized for promoting the use of Ivermectin to treat Covid as well as other treatments that he supposedly used such as monoclonal antibodies, Z-pack antibiotics and a vitamin drip, to which he seemingly became well after about 3 days. 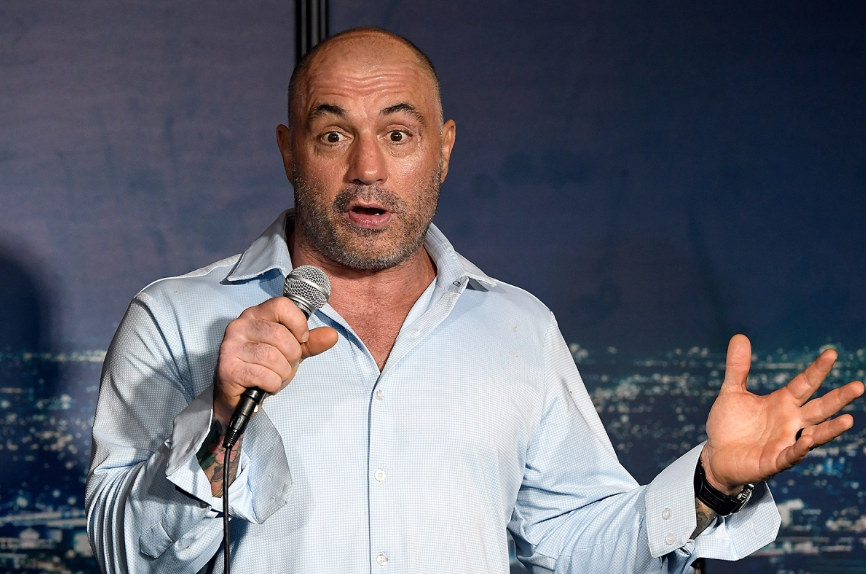 Its obviously speculative as to whether these treatments actually worked or whether his body fought it off naturally (yeah, that’s still possible!) but what is more interesting is how the media went about trying to discredit him for using his platform to push misinformation.

One of the guests Joe, has been criticized for having on his show is a highly qualified and renowned scientist/physician named Dr. Robert Malone, whom is an inventor of “nine original mRNA vaccine patents, which were originally filed in 1989 (including both the idea of mRNA vaccines and the original proof of principle experiments) and RNA transfection.”

Dr. Malone is one of the most qualified people in the world to be able to talk about Covid-19 topics, including vaccination and treatment, yet Joe has been labelled as pushing misinformation for having him on the show, as his views go against the mainstream narrative at this time.

Dr. Malone has been censored and kicked off some social media platforms for some of his content. The particular podcast with Joe and Dr. Malone has also been removed from YouTube.

In the podcast, Dr. Malone mentions that he has just been approved by the FDA to use a combination of Famotidine and Celecoxib to treat Covid. He explains that by adding ivermectin “further improved the combination, but the FDA created enormous roadblocks to doing an Ivermectin arm” that they had to drop it.

These comments can be found at the 28:17 minute mark of the interview on the video below.

Dr. Malone suggests that through modelling, “half a million deaths have happened in the United States through the intentional blockade of early treatment by the US government” including the use of, not just ivermectin, but hydroxychloroquine, another treatment that President Donald Trump proclaimed could be a treatment for Covid-19, late March 2020. This seems like a pretty radical claim.

So what is one way that we could possibly substantiate these claims that Dr. Malone has put forward? Well, on his website, Dr. Malone has pointed out that India, which is heavily populated and relatively poor has been able to “crush the Covid death curve.” What have they differently to the US? 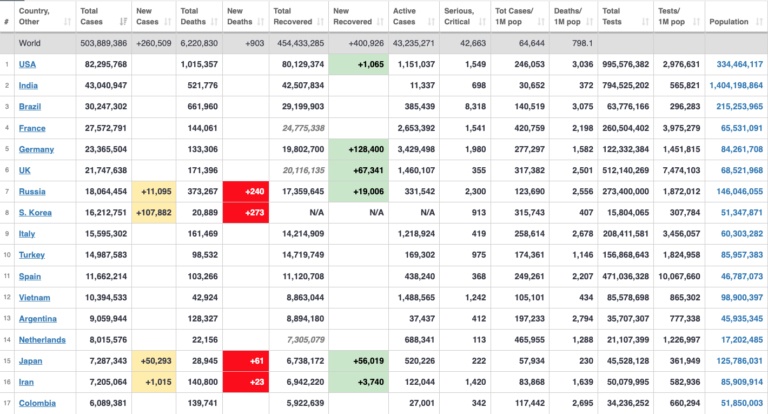 That is quite a difference in deaths between India and USA, so what have India been doing differently to keep the death count down?

Well, India, has done something a little different to many other Western countries and that is to actually treat Covid-19, rather than just tell people to stay home, isolate and go to hospital if they get worse.

Technically, yes, they are meant to self-isolate also, but the difference is that the Indian Government launched a Home Isolation Monitoring Kit, as Dr. Malone confirms on his website.

These kits were distributed to any patient that tested positive to Covid-19 that was opting for home isolation. Below is an image of the contents of this kit. 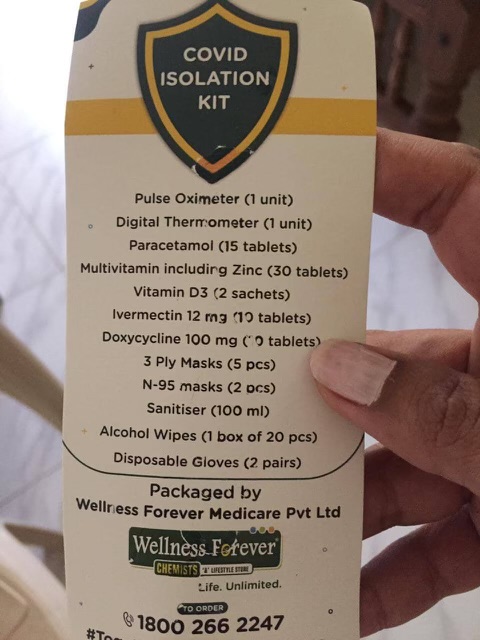 Interestingly, as you can see, there is a drug within this kit that has basically been banned as a treatment for Covid in Western countries, which is the one and only… Ivermectin. Yep, that dangerous “horse parasite” drug, the media keep warning us about.

Now, either the Indian authorities are either extremely negligent in their approach of allowing access to this “dangerous” drug to its 1.4 billion population, or they know something that we don’t?… Or maybe we are not being told the truth about Ivermectin by our own leaders? Hmm…

I’ll leave you to draw your own conclusions on that issue, but what is known is that India has seemingly been able to successfully and significantly reduce the amount of deaths from Covid-19 in the matter of a few months and continue this trend.

Despite the FDA claiming that there is no current data to show that Ivermectin is effective against COVID-19, it would seem that there actually is some data that can be viewed at this site ivmmeta.com.

A quick view of the results from these studies will show that there has been great success in treating Covid-19 with Ivermectin, particularly from Prophylaxis (taking medication in advance, before symptoms) and Early treatment (after symptoms have been recognized) as well as success from Late treatment (after diagnosis of Covid-19) 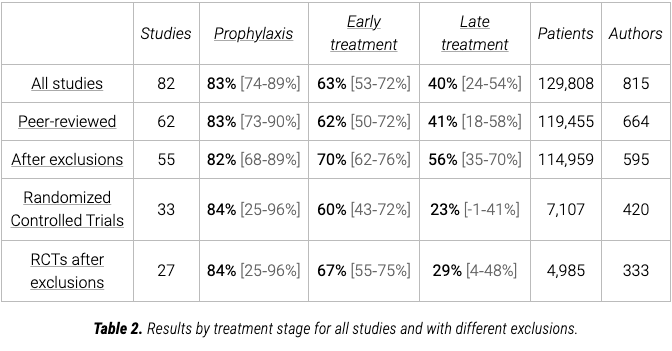 India is not the only country that has had success with Ivermectin. An NIH document shows that “During mass IVM treatments in Peru, excess deaths fell by a mean of 74% over 30 days in its ten states with the most extensive treatments.“

The study shows that excess deaths (all-ages), with the use of IVM, “decreased 14-fold from 1st August through 1st December 2020; then, after IVM use was restricted, (after a new president took office) increased 13-fold through 1st February.” (image below) 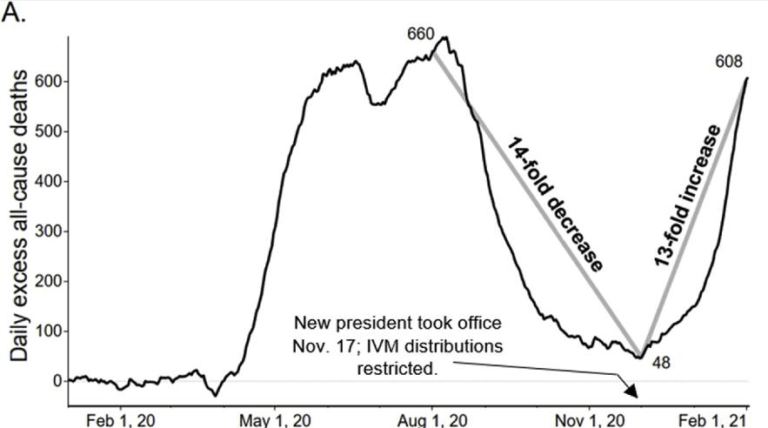 The document concludes “that the evidence to date supports the worldwide extension of IVM treatments for COVID-19, complementary to immunizations.“

It also goes on to state, “IVM has been safely used in 3.7 billion doses since 1987, well tolerated even at much greater than standard doses and used without serious AEs (adverse events) in the three high-dose COVID-19 treatment studies,” making it not only an effective treatment, but a safe one too.

With all this evidence supporting the fact that Ivermectin has been successful to treat Covid in some countries, why would our health authorities and leaders, inform us that it is dangerous?

This is another question that I will leave open to the reader. Please check out my video on this and subscribe the channel for future posts. 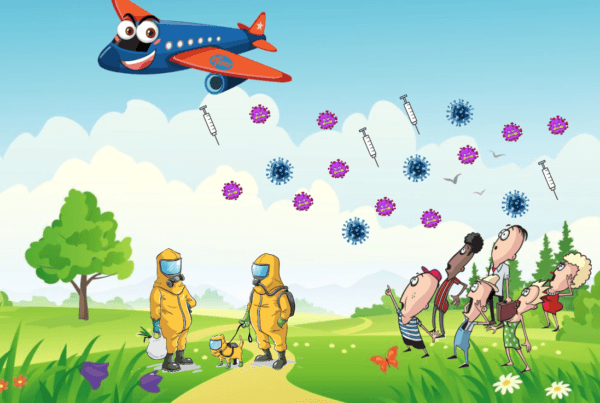 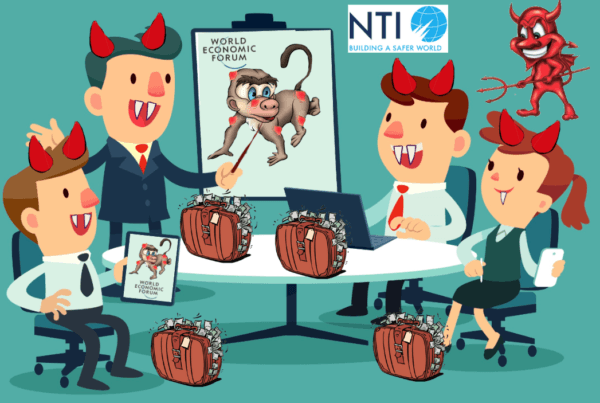 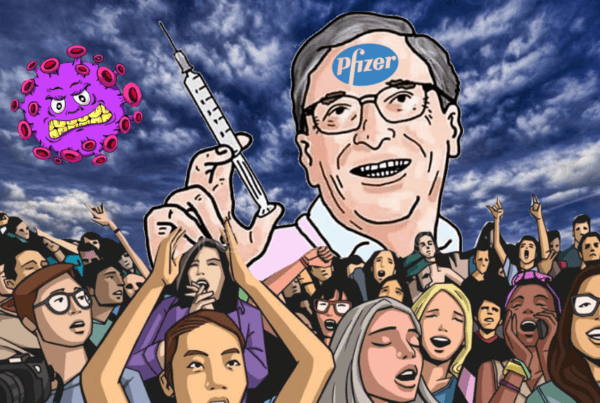