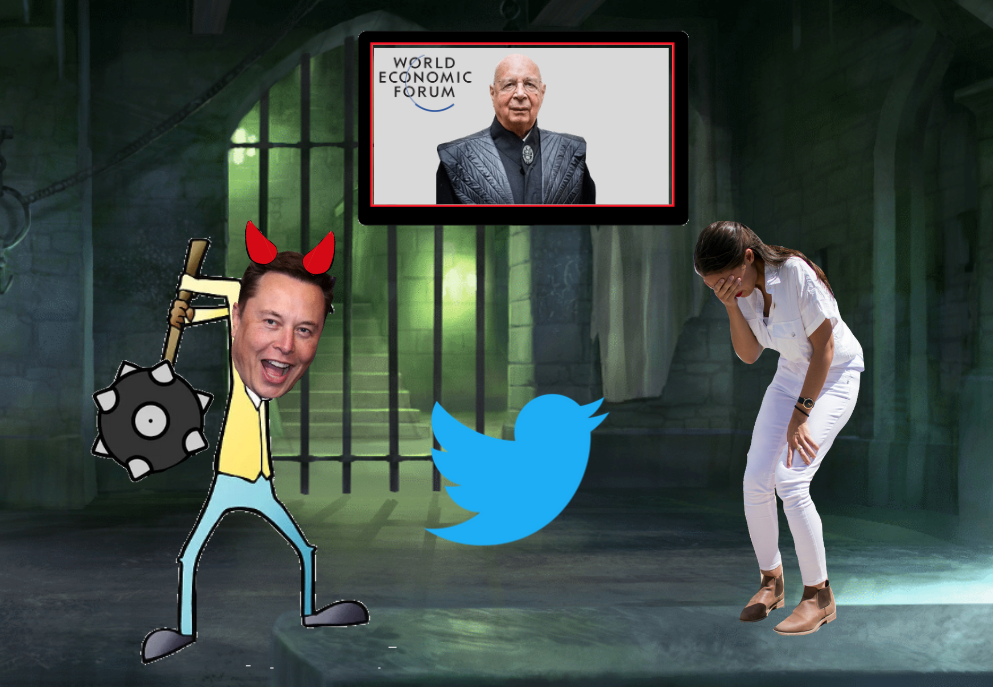 Elon Musk buying Twitter recently has really caused quite a stir on the platform lately with some thinking that this will “destroy democracy!!” and give a voice to Nazis and others assuming this could will be a great thing for free speech as it may help to level the playing field on the platform again with regard to political discourse.

One of the questions that needs to be addressed though, is whether Elon has purchased the company for the betterment of humanity or for more nefarious and narcissistic reasons, which we will look at in this post.

A video of him entering the Twitter headquarters with what appears to be a bathroom sink and his tweet the following day simply stating that “the bird is freed” marked his takeover of the company and set the Twitter world into a frenzy.

the bird is freed

Following his Twitter takeover, a series of staff lay-offs including some of its top executives, engineers and content moderators occurred, adding fuel to the fire that he could somehow turn Twitter into a platform of racism, misogyny and bigotry due to the lack of censorship or “moderation” on the platform.

Not only that, many people tweeted that Elon Musk’s Twitter upheaval will “destroy democracy” by…. umm…. I’m not really sure how, to be honest…..

Why does Elon Musk hate democracy?

I feel this tweet by @danielggarza sums it up pretty well…

“Free expression is a keystone to any democracy, an essential human freedom that has the power to transform societies. It is elemental to progress, justice and our ability to live as authentic individuals – especially for those that have been silenced.“

Free expression is a keystone to any democracy, an essential human freedom that has the power to transform societies.

It is elemental to progress, justice and our ability to live as authentic individuals - especially for those that have been silenced. https://t.co/qhxE7CtUPb

For too long, Twitter has been censoring and banning those whose views don’t fit with the mainstream narrative and Elon seems to want to allow for an environment where alternate views can be heard and discussed on the platform, which would seem like a great thing for democracy, in my opinion.

On the 28th Oct, Elon published a statement on Twitter stating his intentions:

“The reason I acquired Twitter is because it is important to the future of civilization to have a common digital town square, where a wide range of beliefs can be debated in a healthy manner, without resorting to violence. There is currently great danger that social media will splinter into far right wing and far left wing echo chambers that generate more hate and divide our society.“

“That is why I bought Twitter. I didn’t do it because it would be easy. I didn’t do it to make more money. I did it to try to help humanity, whom I love. And I do so with humility, recognizing that failure in pursuing this goal, despite our best efforts, is a very real possibility.“

But whilst this all seems like a good thing, it is quite possible that Elon Musk may have another agenda on his mind when it comes to his intentions with Twitter.

Back in 2008, Elon was selected as a Young Global Leader , which is a forum of individuals selected to align with the World Economic Forum’s “mission” to “build a better future” for humanity. Yay!

The founder of the Young Global Leaders Forum, who is also the founder and executive chairman of the World Economic Forum is a man called Klauss Schwab who has also written a book called “The Fourth Industrial Revolution.”

This book details a world where AI robotics, autonomous vehicles and transhumanism reign supreme, which seem to fit well in line with Elon Musk’s “views” and business undertakings with Tesla, Space X, Neuralink and now, Twitter.

Elon and Klauss must really hit it off well together at parties, hey? 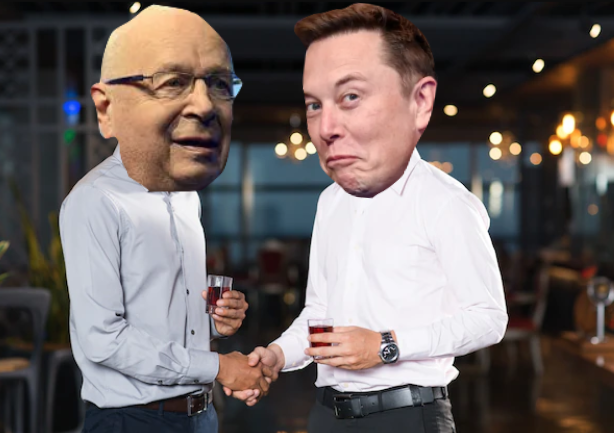 Elon is an avid supporter of Universal Basic Income (UBI) which is essentially a government run program where every adult citizen would be paid a set amount of money regularly, regardless of need.

This is a pretty easy view to hold if you are a billionaire and your companies’ technology would be partly responsible for making it happen by putting most people out of work due to the automation of most human jobs.

A UBI would essentially push more of the populace to almost fully be dependent on the government for their primary income, thus giving the government greater control of its people. Be obedient or don’t get paid…

Elon has also expressed interest in literally “copying” the Chinese social media platform WeChat, where the users of this platform use it for almost everything, including general day to day purchases.

The data from WeChat is then used to create a social credit score, whereby people can be punished for doing or saying the wrong thing and be restricted from travel or accomodation and “good” users can be rewarded with discounts and other perks.

Is this the direction that Elon wants to take Twitter??

Imagine posting some dank meme about some political leader on Twitter only to find out the next day that your plane tickets have been cancelled because of your social credit score!

Hopefully this is not where things are headed with Twitter, but with the connections that Elon has.. well… we’ll just have to wait and see…

Recently, Elon tweeted a photo with his mother Maye Musk at Heidi Klum’s Halloween party where he was sporting a costume called the “Devil’s Champion” clearly displaying the satanic Baphomet and upside-down cross. 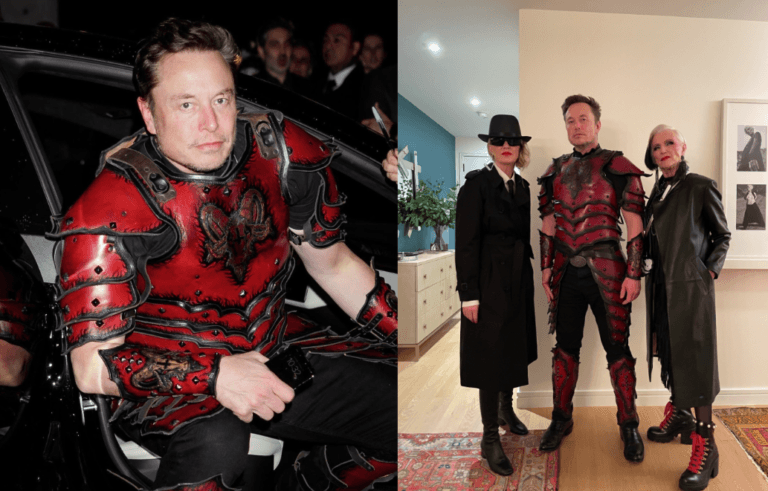 Some might say that this costume is just a provocative billionaire just having a bit of fun at a party, whilst others may see this as symbolic of who he really serves. I will leave that to the reader to decide how they feel about that..

I could go further into this issue with Elon and his mother’s alleged satanism, however, that could take us down a deeper rabbit hole that I don’t intend to go down in this post.

On a lighter note though, Elon’s dad, Errol, revealed earlier this year that he had a child with his step-daughter Jana Bezuidenhout after he helped raise her from 4 yrs old. Totally not weird at all…

As much as I would love to think that Musk’s takeover of Twitter will “help humanity” (another philanthropist maybe?) as he puts it, it is his alignment with Klaus Schwab’s agenda to push the “Fourth Industrial Revolution” and ultimately enslave and destroy humanity further, that is of greatest concern to me.

There is so much more to unpack with this guy, some of which I talk about in my video below, but overall, I see him as just another WEF puppet furthering the agenda for a One World Government, which he openly supports. He is not a saviour or creator of anything and will likely be discarded by his masters once his job is done.