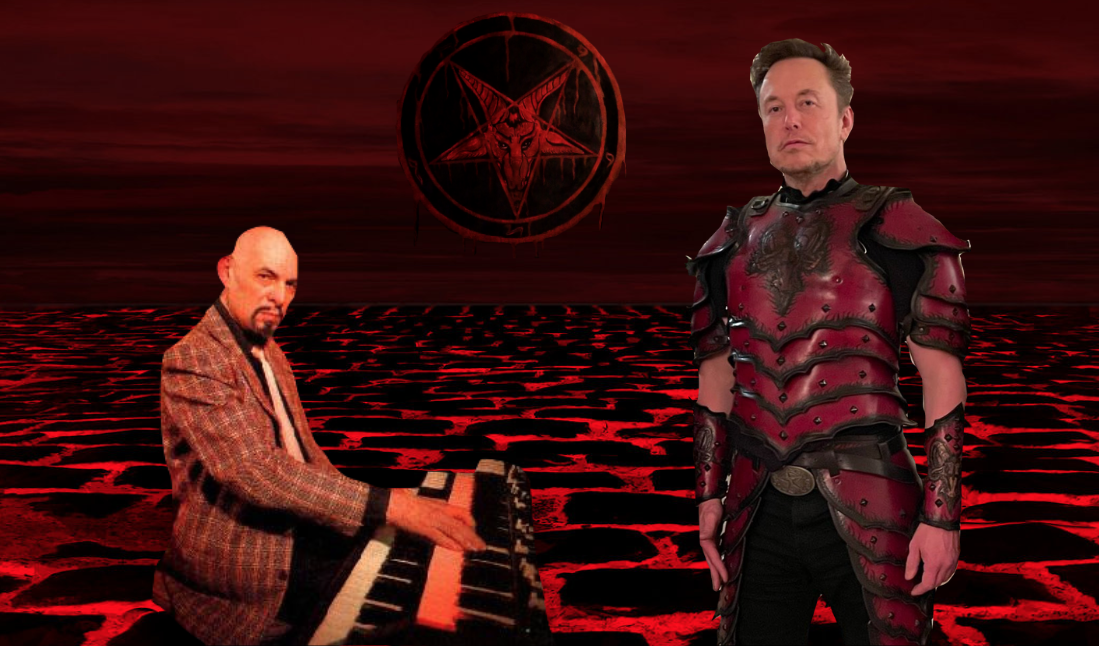 The main points of this particular post are to outline the 4 fundamental tenets of Satanism and how they are prevalent in today’s society.

What I will mention first off, is that when I am talking about Satanism, I am not talking about people who worship the Devil or the biblical version of Satan.

Two of the main Satanist organizations, the Church of Satan and The Satanic Temple, claim to not actually believe in the Christian version of Satan, however, they do tend to refer to Satan as an entity, particularly when they make the devil horn hand gesture and yell “Hail Satan!!” Hmm…

Pictured below is the co-founder of The Satanic Temple, Lucien Greaves (center). 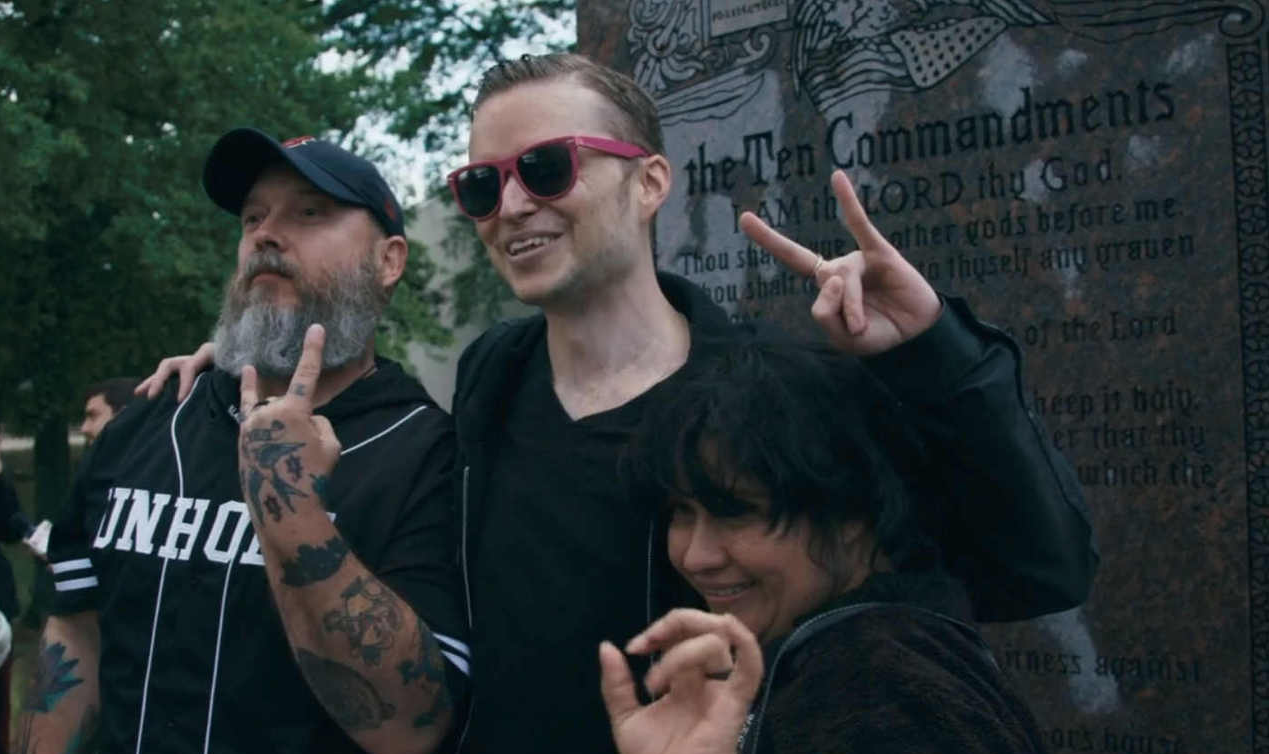 Both of these organizations look to have different tenets to each other with the Church of Satan claiming to be the true arbiters of Satanism and opposing some of the activities of the Satanic Temple.

The Satanic Temple has even gone ahead to create their “Kidz Kwik Reference Guide” to compare some of the differences between the two. 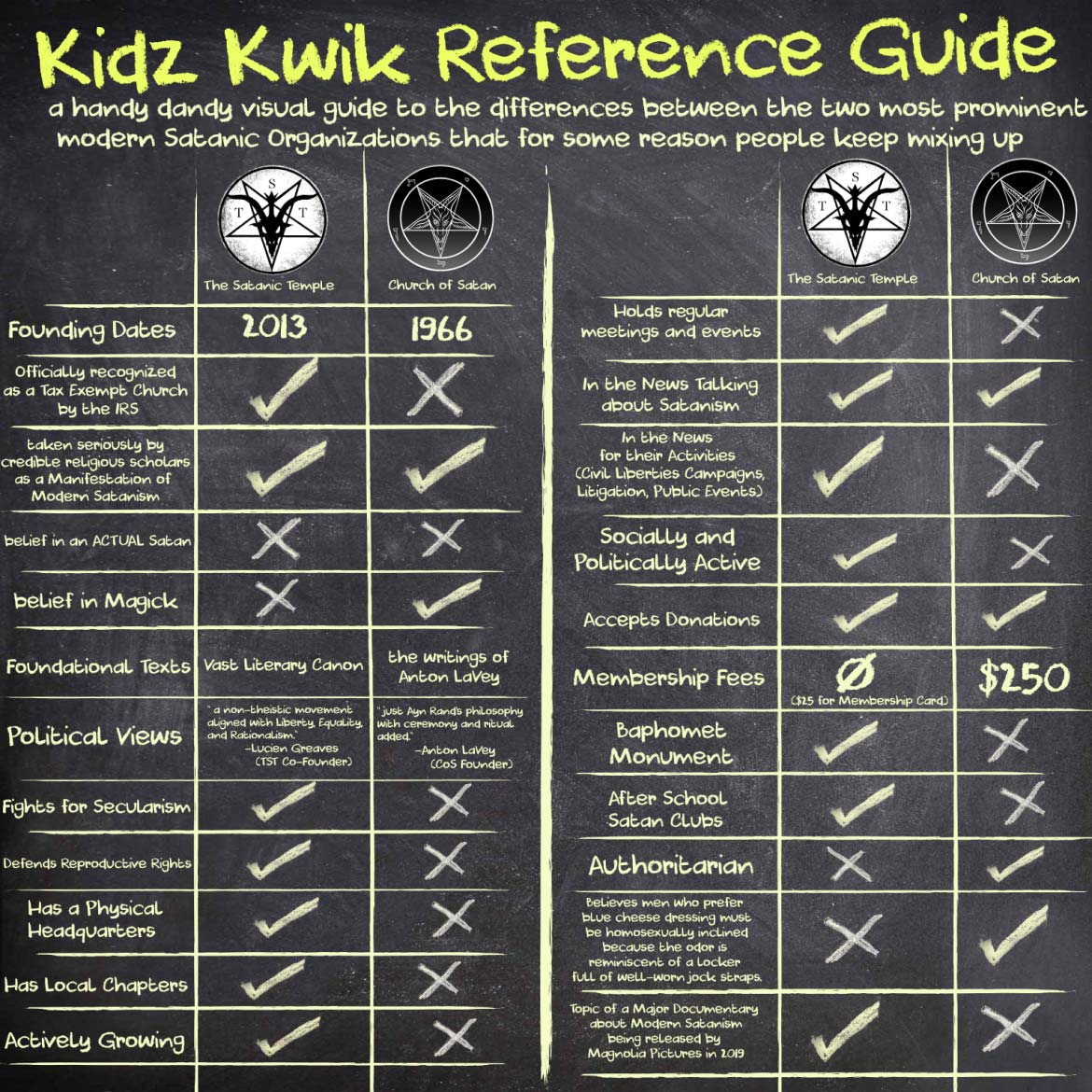 The tenets of both organizations can be found on their respective websites and I go through them on my video, so I will not be mentioning them in this post, instead I will be looking at the four main tenets of Satanism outlined by Mark Passio, who was a former Satanic priest with the Church of Satan, for about a decade.

Since making my video on Satanism, I have spent many hours watching and listening to Mark’s content and believe that his deep knowledge of Satanism and the Dark Occult ideology is second to none and I highly recommend viewing his presentations.

The first main tenet of Satanism that Mark describes is SELF-PRESERVATION. In his words, Mark describes self-preservation as the “highest goal. And you should do whatever you can to advance your personal power and influence in the world no matter who you really have to walk all over, step on, or hurt to get what you want.”

We see this notion practiced prevalently in today’s society. I don’t think that the high level of selfishness and putting oneself before others for personal gain existing in today’s world is debatable and is the number one tenet of true Satanism.

The next main tenet is MORAL RELATIVISM, which is “that there is really no such thing as objective standards of right and wrong behaviour. That we as human beings can get to decide upon our whims what right and wrong are and base our actions accordingly.“

With the current state of the current “laws” in different states and countries, and each individuals perception of what is moral and immoral, again it is easy to see how this is being played out in the world today.

Our leaders and lawmakers, get to decide what is right and wrong behaviour in our society and create their own laws and punishments for those that chose not to follow them.

SOCIAL DARWINISM is the third tenet of Satanism. “The idea that the most ruthless in society have some sort of a predetermined idea or pre-destined right to basically rule over everybody else in society because their genetics got them there, and made them fit for rulership.”

This idea comes from a survival of the fittest, dog-eat-dog mentality, where some people think that they are or must become superior to others in order to succeed and get themselves into greater positions of power. 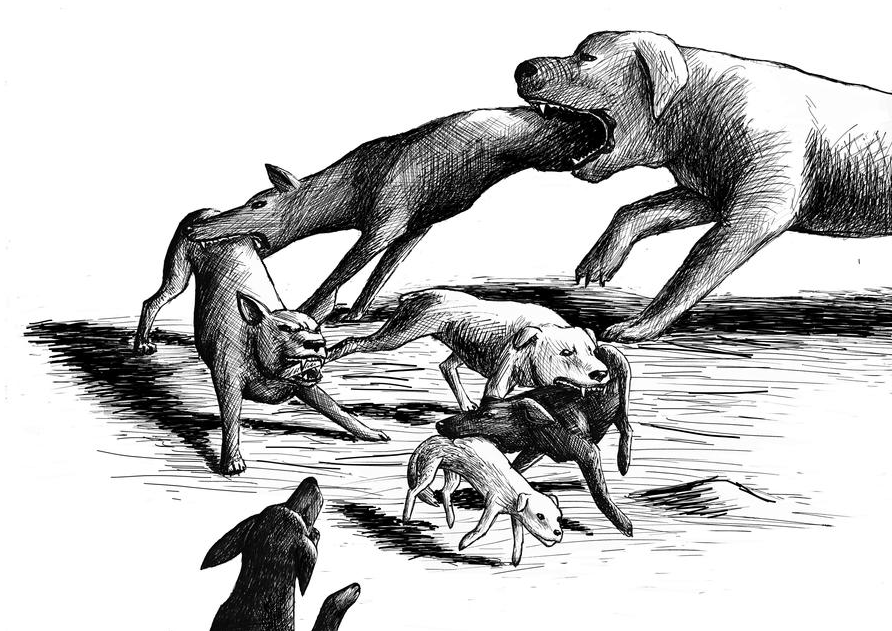 This type of mindset is very much embedded in the minds of many people in this world and is a causal factor of much devision amongst people on this earth. It creates a competitive nature in us that inherently makes us view others as either inferior or superior than us, depending on the situation, which is generally a concept that is accepted by most.

The fourth and final main tenet of Satanism is EUGENICS and is the “the idea that those who are socially fit to rule, and they’re the fittest in society and therefore they’ve come out on top and they’re ruling the roost, well they can get to decide who basically propagates their genes and who does not, or in other words, who gets to live and who dies. Who must die.“

In my video, I made the comment that I didn’t think that eugenics is something that is not openly out there, as in we arn’t getting marched into death camps or anything, however, since learning more about this, I now see how this is very much in action in many ways and I intend to go into more detail on this in future content.

Some examples of how the eugenics agenda is in play today come in the form of:

Mark Passio has an excellent video entitled “The Unholy Feminine – Neo-Feminism & The Satanic Epi-Eugenics Agenda” in which he goes into great detail of the social engineering that has been happening for many years.

As we can see from the above examples, the 4 main tenets of Satanism, are being acted on in today’s society, not just from those that claim to be satanists, but from everyday people living out their day-to-day lives and living with this satanic mindset.

It is only by understanding this, and actively trying to change our current situation, that we will come to see improvements in our society.